Submit a PSA
WE ARE NOW ON ALEXA!

You can click the link below to listen
​on your smartphone, tablet or computer
Click to listen
2022 LOUDON BASKETBALL ON REDSKINRADIO! 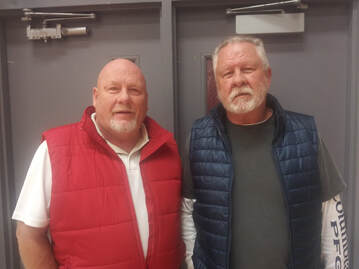 FOLLOW REDSKIN AND LADY REDSKIN BASKETBALL ALL SEASON
ON 96.1 WLNT, MAGIC 104.1 AND REDSKINRADIO.COM 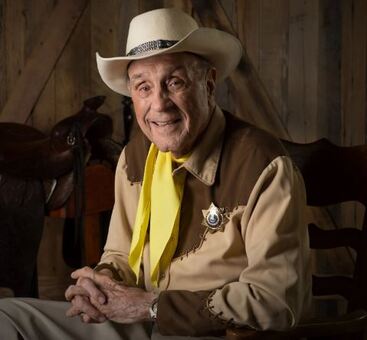 Hear the very best of  Marshall Andy every Saturday
​at 12 noon ONLY on 96.1 & 107.1 WLNT!
Downtown Loudon Program
Coordinator Kathy Brewster Price reports:
Kathy spotlights some of the issues concerning businesses & residents of the Loudon area.
​Businesses and events are spotlighted in the ongoing web series. 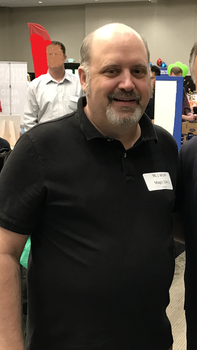 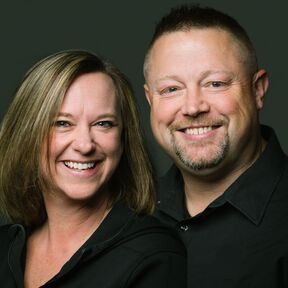 JOIN JOHN AND HEIDI WEEKDAYS 5AM-10AM ON WLNT!
John Small & Heidi Braunschweig began their radio show in 2010. John actually started his broadcasting career in 1994, but this radio program started when the couple launched their very own radio station in South Dakota and their friends encouraged John to have his wife Heidi join him on the radio. It's very different to have a MARRIED COUPLE do the morning show together. Sometimes that's a great thing.... other times it can be weird since they are so "comfy" with each other on the air! Now you can hear them every morning 5 til 10 on 96.1-FM WLNT! 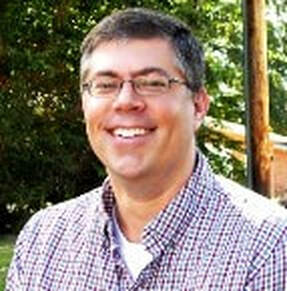 THE TERRY DEAN PROGRAM
Mid-days on WLNT you'll find music, interesting stories and some humorous moments
​along with the WayBack machine during the 2 O'clock hour
weekdays with Terry Dean 10am til 3pm on 96.1 WLNT!
Saturday Night's 6pm-12midnight 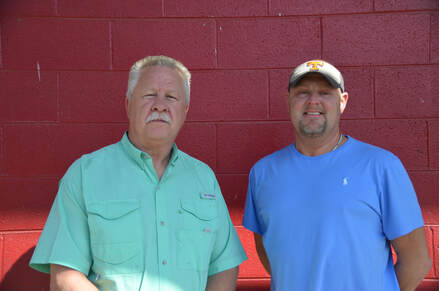 MIKE THOMPSON & SCOTT HOPE
Follow @miketho83708793
Follow @TNbucsfan24
Mike & Scott serve "Double Duty" as they cover both Redskin Football & Baseball.
That means they get more hours on the radio than anybody in this area (really!) 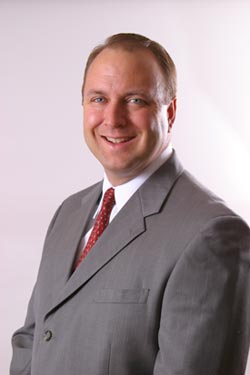 Meteorologist ​Russ Murley
Russ earned his degree in meteorology from Lyndon State College and has also worked at television stations, Russ has become our lead forecaster. While not overseeing the daily operations of Weather, Russ spends his free time playing drums, golfing or skiing 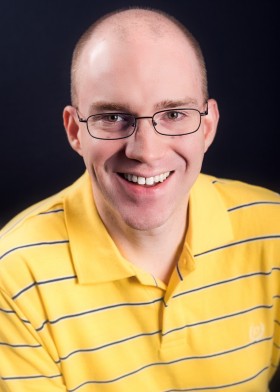 Meteorologist Phil Spevak
Phil handles local forecasts for us. Upon graduating from Cornell in the spring of 1998 with a degree in meteorology. Outside the office, Phil enjoys tennis, bowling, and darts, and working on various programming projects.

Meteorologist John Wetherbee
“Yes, WETHERBEE is his real last name,”  And the BIG means tall.  “I’m six-foot-nine, which is usually bigger than most folks.  So I’m stuck with it.”  Big John is familiar to audiences all over the country for years as meteorologist, tv personality, & radio personality in Atlanta and Savannah, and TV stations in Nashville and Chattanooga, and radio stations in many markets including Ohio, California, Portland, Chicago, Indianapolis, Athens and Atlanta.
John is sealed as a Certified Broadcast Meteorologist by the American Meteorological Society 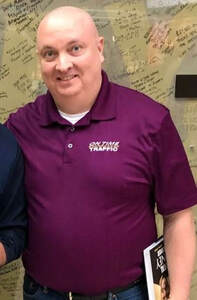 COMMANDER CHUCK TRAFFIC
Click here to go to Commander Chuck's Website
Commander Chuck reports traffic in our area via his On Time Traffic network and is heard on stations throughout Tennessee. ​Hear Chuck reporting on Loudon County traffic mornings and afternoons on 96.1 WLNT & RedskinRadio.com 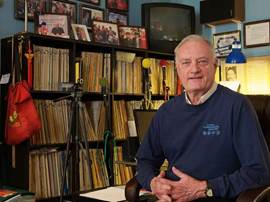 STEVE WARREN COUNTRY OLDIES SHOW
Started in 1994, The Country Oldies Show is America’s longest running weekly radio program featuring the greatest country hits from the 1950s to the 1990s.  Host Steve Warren is a nationally known major market radio personality and Programming Executive and has been the Host/Producer for The Country Oldies Show since its inception in 1994. Sundays at 4pm on 96.1-FM WLNT
JEFF TROUT, MARK BLAZER & TODD WALKER
The guys who work behind the scenes that make our broadcasts a success!
​With over 100 remote broadcasts per year they have their hands full. 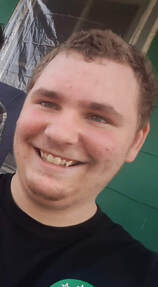 Brandon is our technician who specializes in all things Social Media.
​Brandon also helps keep watch on community events, school happenings and local news.
Ready For The Weekend
Saturday Nights beginning at Midnight Join Magic 104.1 as we shift gears and bring you
Ready For The Weekend & Dance Party Weekly featuring Club Party and Dance Anthems
​played by host Lee Everest.
Rick Dees Weekly Top 40
Rick Dees brings classic versions of his Weekly Top 40
countdowns every week only
on 1140-AM & FM-104.7 WLOD.
Countdowns from the 80's & 90's Saturday's and Sunday's at 4pm
Solid Gold Saturday
Join Steve Eberhart for his show Solid Gold Saturday,
every Saturday night beginning at 7pm only on 97.1 KOOL-FM 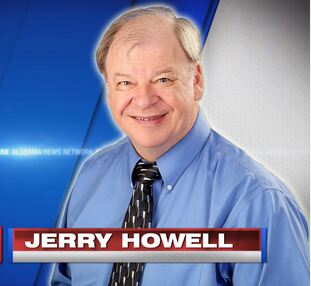 JERRY HOWELL
Jerry is a native of Loudon, Jerry now provides traffic reports on several TV and Radio stations via his Montgomery Skywatch Network in Montgomery Alabama.  He provides production services for WLNT, so you'll hear him on the air in Loudon a lot.  Jerry was one of the first employees of the original WLNT-AM in Loudon back in 1983 and worked at i100 in Knoxville for many years.
WEATHERPHONE 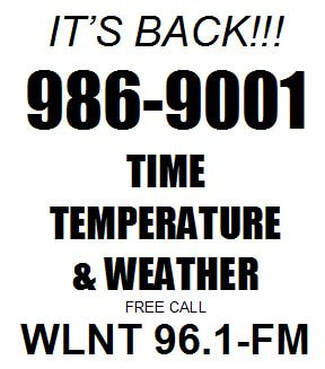 WLNT & Magic 104.1 Sunday Airtime Now Available:
If your church or religious group is interested in broadcasting your services on WLNT & RedskinRadio.com, please contact our office at 865-458-9563. We provide the equipment, recording media and technical assistance in setting up your broadcast for recording.
Low weekly rates are available with a term contract. Sunday airtime is limited and available on a first come basis.
​​SUNDAY SCHEDULE:
6:00am - Available for you SPECIAL RATE FOR THIS TIME SLOT! 865-458-9563
6:30am - Available for you SPECIAL RATE FOR THIS TIME SLOT! 865-458-9563
7am It's Gonna Be A Good Day - James Harrison
8am Liberty Baptist Church
9am Loudon United Methodist
10am Loudon Cumberland Pres Church
10:30 Bear Arms Gospel Music Show
11am Blairland Baptist Church
12Noon Loudon Church of Christ
12:30 Central Baptist Church
1:30 Chad Oody Preaching of the Cross Broadcast
2:00 It's Gonna Be A Good Day - James Harrison
Tweets by RedskinRadio
Copyright Notice:
©2022/2023 WLNT Radio / RedskinRadio.com Network
Redskin Radio is a network of stations feeding content to our website. All items on this website and those heard on WLNT, WLOD, WLNT Sports, WLNU, WLNT's Web Streams, RedskinRadio, ReskinRadio.com, wlntfm.com, ChristmasMusicChannel.com, and the terms "Traditional Country Favorites" , "Redskin Radio", "SportsRoundtable", "Redskin Roundtable" "Loudon's Hometown Station", and the name or likeness of our on air personnel are copyrighted material and may not be recorded, distributed, rebroadcast, transcribed, reprinted or otherwise reused without written permission from the copyright owner.  Use of RedskinRadio.com’s web streaming of programming, included but not limited to news, weather, sports, music or sporting events is strictly limited to the personal listening of the end user for personal consumption.  Use of any other kind is strictly prohibited, including business purposes not approved in writing by RedskinRadio.com. The use of automated or manual recording devices or other extraction/logging of any content from our site(s) is strictly prohibited.  We randomly monitor and block the IP addresses of violators.